Get more information about this product.

Phineas in Malawi: A diary – part 1

The ‘1 carton = 1 tree’ campaign is our commitment to plant one tree in Malawi for every carton of hangers purchased by our customers. It’s our contribution to Malawi based charity, ‘Ripple Africa’s’ Tree Planting Project, just one of the many amazing projects they’ve set up since the charity began in 2003. Spreading across three districts, the Tree Planting Project is a long-term solution to deforestation. Planting thousands of quick growing exotic trees at a household level provides a sustainable source of firewood and timber for local people to use and sell, reducing the need to take from the indigenous forests of Malawi. 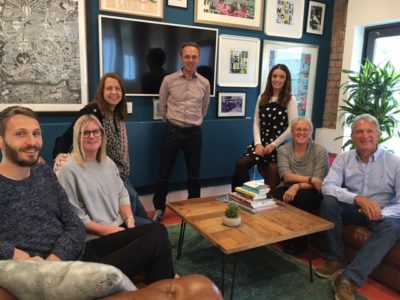 Ripple Africa founder Geoff, and manager, Pam have been known to drop by the Phineas office every now and then, to update us on the progress of the project. It was during one of these visits, after the usual consumption of too much pizza and a couple of games of ‘no rules ping pong’, that Geoff suggested we should join them on their next trip to Malawi and see all the good work for ourselves. So, ten vaccinations, two flights and a seven-hour drive later, Laurence, Will and Ellen found themselves standing excitedly, on the sandy shore of Lake Malawi. 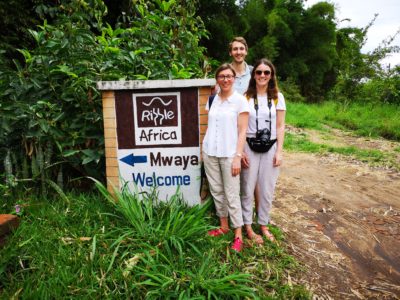 Will, Laurence and Ellen arrive in Malawi

On day one, we visited a local village who had benefitted from the ‘Changu Changu Moto’ project. An alternative to the traditional three stone cookstove, the Changu Changu Moto is a fuel-efficient oven which requires less wood, reduces the risk of burns and smoke inhalation, and boasts two burners for faster cooking. Made with local, easily accessible materials, Ripple Africa provide communities with a step-by-step guide on how to build the ovens, which only take an hour to construct. 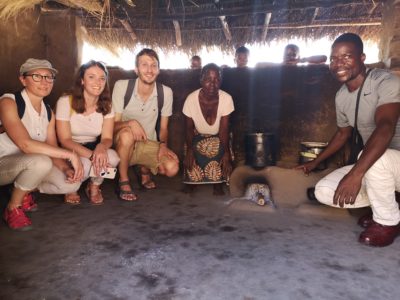 Just as we are used to in England, Sunday’s in Malawi are spent resting and preparing for the week ahead. We took the opportunity to immerse ourselves in our new surroundings; dodging mangos thrown from trees by Vervet monkeys and making friends with the local children. Martha, a Malawi based member of the Ripple Africa team, also showed us how to make a maize flour porridge called Nsima, one of the country’s staple foods. 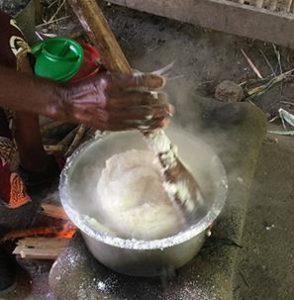 Nsima – a staple food of Malawi 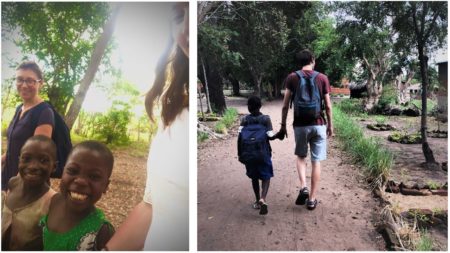 Making friends with the local children!

In contrast to our chilled-out Sunday, Monday found us clambering up the forested hills with the Forest Conservation Committee. Sadly, deforestation was apparent. Trees had been cut down and soil washed away, leaving little chance of anything new growing in the future. Living in the hills were Jackson and Georgina, who had hoped to farm tobacco but were finding it incredibly difficult to yield a crop. Fortunately, lush forest does remain although, as the committee explained, it’s a full-time job protecting it. 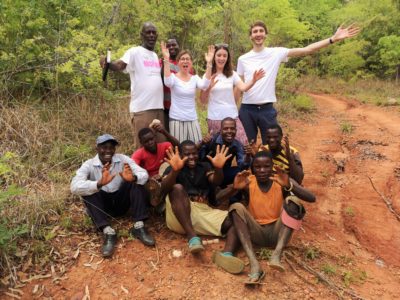 Laurence, Will & Ellen with the Forest Conservation Committee 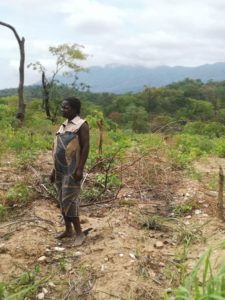 Georgina standing on baron land that was once covered in forest

On our way back down the hills, we came across some households who were still using the 3 stone cookstoves. With everything needed to build Changu Changu Moto’s right in front of us, we all got stuck in – satisfyingly messy work! 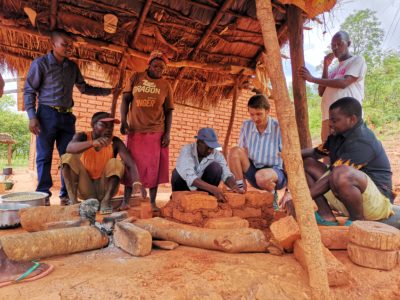 Will helping to build a Changu Changu Moto cookstove 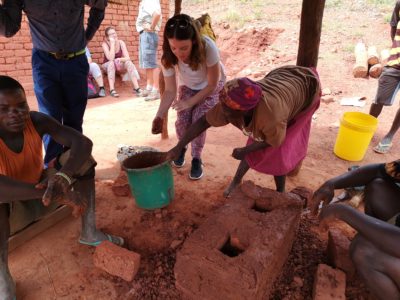 Ellen getting her hands dirty!

After a busy day, we retreated to the beach for some ball games in the lake and a couple of Malawi Gin cocktails. As we relaxed, Geoff spotted an irresistible photo opportunity – can you guess what’s on the other side of the lens? Keep an eye out for part two of our Malawi Diary to find out! 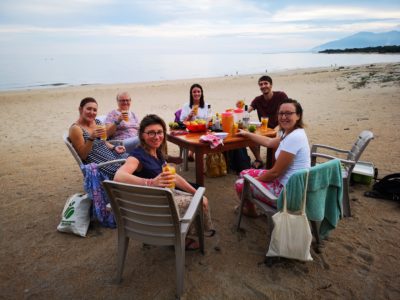 Cheers! Relaxing on the beach with some of the Ripple Africa team after a busy day 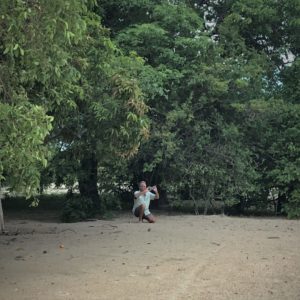 What’s Geoff taking a photo of?

Prev
All Articles
Next